Role of animation in modern gaming

The craze of modern gaming is getting viral worldwide today. There is no doubt that new inventions and creativity in the video game industry have brought a transition in the gaming trend with the best graphics and sound effects technologies.

Moreover, people enjoy playing the most thrilling and stimulating games that highly excite them. Watching some astonishing graphics in video games drag players’ attention entirely and also makes them engaged to stick to the game for longer. All this is possible due to the advanced and newest technology, i.e., “animation in gaming.”

What is the purpose of animation in gaming?

With an increase in the world full of upgraded technologies moving towards the latest and new inventions to gain something very innovative and revolutionary, various industries are working harder to bring this into reality and especially the video game industry.

The games that are released nowadays with exclusive graphics and fantastic effects of VFX attract gamers the most. Moreover, due to the modern animation in gaming, the quality of video games has become productive and advanced, which excites gamers the most.

Video games are booming in the market with superior graphics and animation qualities that people are enjoying as getting so much entertainment from that.

No wonders the level of fun that gamers get in video games is no where else. Thrilling games trigger gamers a lot, and due to this, they eagerly wait for the new and latest video games to be launched.

Animation plays a crucial role in gaming today as it is the most attractive factor that can quickly compel gamers to play video games. Animation is getting fast-paced these days due to its core modification in the gaming area, serving as a hallmark to adhere people to games for a long time. Thus, animation in gaming is thriving as a fruitful product and integrating more charm of video games among audiences, which is why gaming is becoming viable all over the world.

The most striking fact about animation in gaming is it can work in the same manner on any device with the same visual qualities due to the upgraded technology (2D and 3D techniques). However, this is revolutionized for the convenience of gamers so that they can enjoy their choice of game at any time, anywhere.

What designs of animation make it favorable for gaming?

Animation in gaming is something that makes it more valuable and appealing. But there are several design factors and bifurcations used for different kinds of genres of games to make them fascinating and engaging. These factors help in creating a suitable animation for the particular design of the game as per the theme. Beneath are some design factors that make video gaming pretty enhancing;

All these design forms are essential and worthy in gaming as they play a significant role to develop a fulfilling video game for the most passionate gamers to meet their expectations. The video game industry is consistently working hard to bring up something very exciting and amazing for game lovers to enhance their gaming experience and increase their thrill to the extreme.

Moreover, gamers always expect some updates in gaming that will offload their stress and give them the most knocking entertainment so that they can enjoy endless fun while playing a game. Thus, animation in gaming helps them to realize the highest level of entertainment with the most realistic vision quality and gives them an enormous thrill, which will enable them to get deeper into gaming and experience greater rejoicing.

Perks of animation in gaming

Animation in gaming is not a detachable part, but it has become a part of gaming now due to its marvelous graphics and visual effects that make gamers engaged and consistently get involved in video games. If we talk about the gaming area, animation is exceptionally thriving in the industry as players get attracted to the magnificent visual qualities and effects present in the game to exhilarate their thrill and enhance their excitement level. A few benefits of animation in gaming are discussed below, let’s have a closer look on them;

All such benefits of animation in gaming clubs the attributes as well as the practicality that how animation techniques are helpful to create something innovative and favorable for game lovers. Animation is a broad field in gaming due to its creativity and innovative properties that make visuals more attractive and impressive so that higher engagement of gamers gets into gaming.

Moreover, animation makes it very feasible for gamers to choose and grab the chance to play the most adorable and thrilling game with its outstanding visual effects.

At Aavega, with valuable and remarkable gaming knowledge, we give the most modernized ff

We aim to rise up with the best inventions, creativity, and peculiar game art techniques, hence, our team of experts works continuously on improvising our user’s experience to meet all their expectations

For more gaming info, stay connected with our professionals!

We use cookies on our website to give you the most relevant experience by remembering your preferences and repeat visits. By clicking “Accept”, you consent to the use of ALL the cookies.
Do not sell my personal information.
Cookie SettingsAccept
Manage consent

This website uses cookies to improve your experience while you navigate through the website. Out of these, the cookies that are categorized as necessary are stored on your browser as they are essential for the working of basic functionalities of the website. We also use third-party cookies that help us analyze and understand how you use this website. These cookies will be stored in your browser only with your consent. You also have the option to opt-out of these cookies. But opting out of some of these cookies may affect your browsing experience.
Necessary Always Enabled
Necessary cookies are absolutely essential for the website to function properly. These cookies ensure basic functionalities and security features of the website, anonymously.
Functional
Functional cookies help to perform certain functionalities like sharing the content of the website on social media platforms, collect feedbacks, and other third-party features.
Performance
Performance cookies are used to understand and analyze the key performance indexes of the website which helps in delivering a better user experience for the visitors.
Analytics
Analytical cookies are used to understand how visitors interact with the website. These cookies help provide information on metrics the number of visitors, bounce rate, traffic source, etc.
Advertisement
Advertisement cookies are used to provide visitors with relevant ads and marketing campaigns. These cookies track visitors across websites and collect information to provide customized ads.
Others
Other uncategorized cookies are those that are being analyzed and have not been classified into a category as yet.
SAVE & ACCEPT 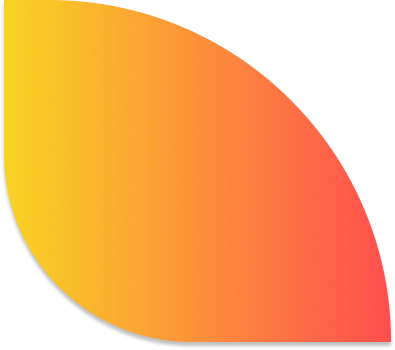 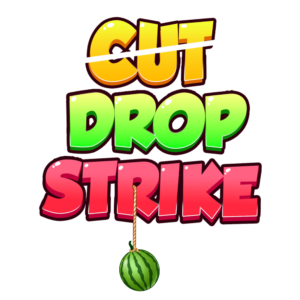 WOAH, HOLD ON THERE